My first train was at 9.30 and as the station was just 15 minutes away, I didn’t need to be out of the apartment too early. The pavement of Kozloudui Street was very smooth compared to other streets near the apartment making it much easier to drag my case along. There are lifts at the station so no problems about navigating stairs. The challenge would be finding the right platform.

There are cafes in the station so I grabbed a coffee - it wasn’t the best but OK. There are several little shops and cafes outside that serve both the bus and train stations. Apparently platform numbers don’t come up until the train arrives so I had to wait to find out the platform. Trains arrive and are available to board a good while before departure time - probably because there's only one train a day. It’s not like the Bristol to Paddington train that runs every 30 minutes.

I was steered towards the platform and I knew it was the right train from pictures on the man in seat 61 website. It’s only two carriages long and covered in graffiti. Very distinctive. The train left on time but seemed to go at a snail’s pace. Knowing I had two changes ahead, it didn’t fill me with confidence. Each time the train stops it seems that it’s a good excuse for the smokers to get out and have a fag, including the conductor/ticket collector. At the Bulgarian/Serbian border before the first stop of Dimitrovgad, the border control guys came on board but once they’d finished, we sat waiting for ages. I looked at the time thinking that I would never make the connection when I realised that we were moving into a different time zone, going back an hour. What a relief. Plenty of time to crawl along and have loads of ciggies. 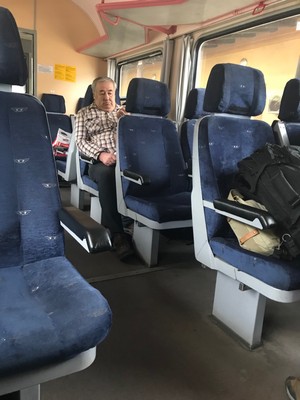 Of course, once you are over the border, the same process happens with Serbian border control. At Dimitrovgrad, we were shepherded onto the next train bound for Niš. There are no signs so you have to put your trust in the guards and rail staff. 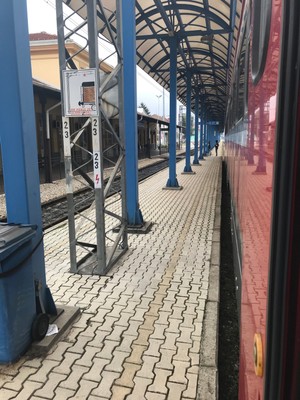 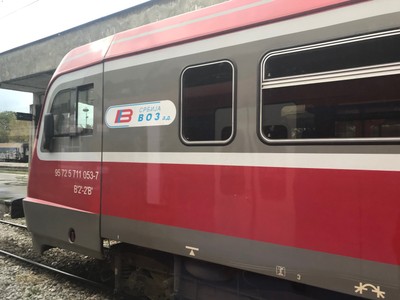 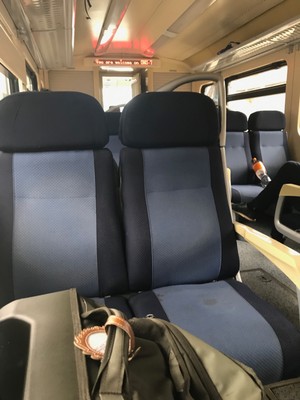 On the journey to Nis the train picked up the pace and as we headed towards the mountains the scenery became more interesting passing through a particularly stunning gorge- Sicevo Gorge. Up until this point we had been travelling across the plains - not my favourite scenery. 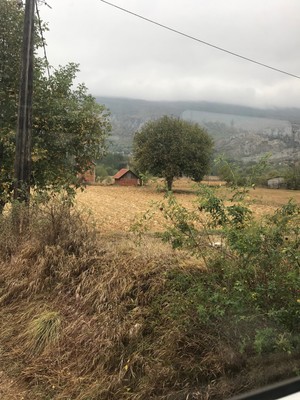 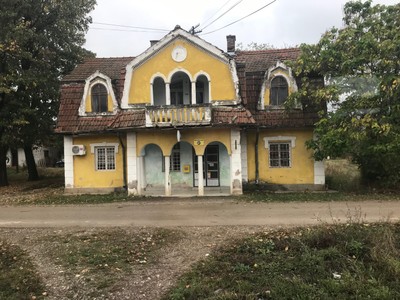 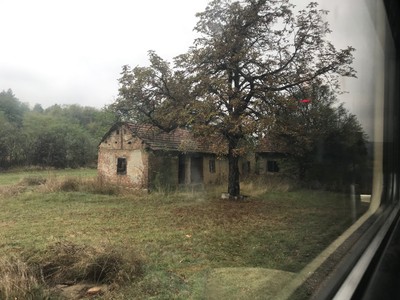 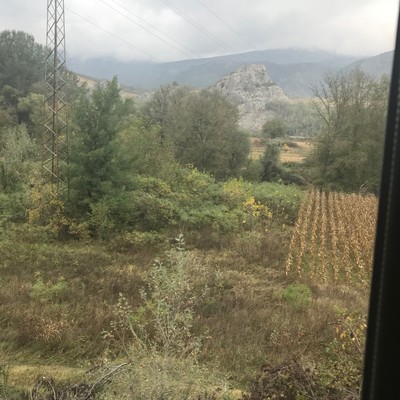 We arrived at Niš on time and had a 30 minute wait. As advised by the man is Seat 61, there were no refreshments served at the station. A hot drink would have been nice but I had plenty of food and water to keep me going. I got chatting to a fellow traveller. He was from Norway - his heritage was Iraqi Kurd. He told me how he is always seen as a foreigner wherever he travels, even to Iraq. A salutary story. 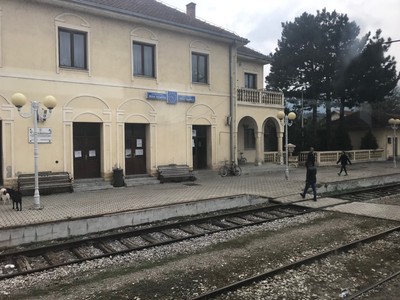 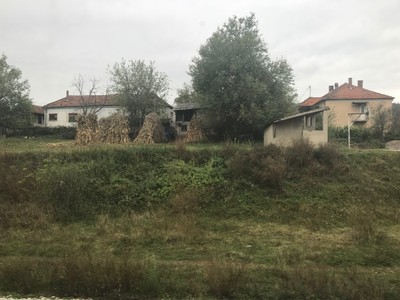 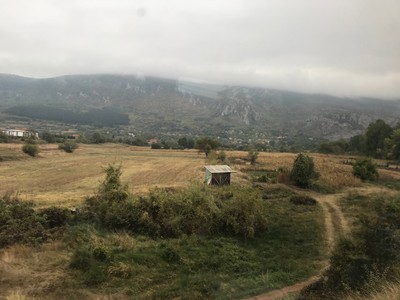 The last leg of the journey involved a better class of train that was also speedier. Jiwan, my new companion, bemoaned the fact that he hadn’t realised how long the journey was and wished he’d taken the bus which takes about 5 hours - less than half the time. I hadn’t looked into buses but it was definitely something to consider for any future travel plans. Certainly, a lot of bloggers recommend Flixbus as a good way of getting around.

Finally, we arrived at Belgrade Centar station. I have to say, it isn’t the most inspiring station. We managed to find our way out and Jiwan helped me find the apartment that was meant to be close by. I was mindful that he still had to find somewhere to stay so felt guilty that he was going out of his way to help me. Arriving in the dark is never good but I knew it was in one of the soviet blocks rising up behind a big concrete wall - but it wasn’t clear how to get there. Luckily, I spotted steps and Jiwan helped me get the case up before he set off to find his way into town. I hoped he would find somewhere to stay.

I found the block 30 and two really helpful young women helped me get to the right floor using an ancient soviet lift. I was greeted by Sanja the host's, father who showed me how everything worked. It’s a lovely little apartment with some thoughtful touches and great views of the city from the eleventh and a half floor!

One thing I had to do before the end of the evening was decide on the last leg of my journey home. I originally intended to take the night train from Ljubljana to Munich but accommodation there - probably due to Oktoberfest - was astronomically expensive. Everything seemed to be €200+ per night. Digging around, it seemed to make more sense to go to Trieste instead and then get the train to Venice to do the overnight train to Paris. I booked a hotel in Trieste and all my trains from Trieste onwards including the Eurostar and train to Bristol. Just had to hope everything would run like clockwork.