Perfect breakfast - shame about the coffee

It was a lovely start to the day despite the chill in the air. We were still quite high up at around 1,900 m above sea level. Much higher than Snowdon in Wales. In the Caucasus, you might think you are at a low altitude because you are surrounded by high mountains but it’s all a matter of relativity! I find it hard to judge. The guest house produced a good breakfast with the usual Armenian offerings: bread, cheese, fruit, sour cream, preserves. The only downside - and this is across the board at nearly everywhere I’ve stayed - hot water with instant coffee and tea bags. I’m surprised the french put up with it. Anyway, I asked whether I could have an Armenian coffee and then everyone wanted one! However, it wasn’t quite as strong as I like it so planned to have another one later in the day. As the UK has become more interested in different types of coffee and brewing, places like Armenia and Georgia seem to have adopted instant which is the devil’s work in my opinion. 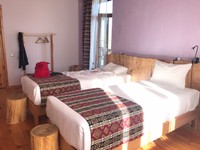 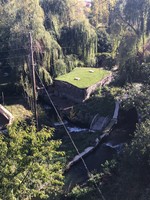 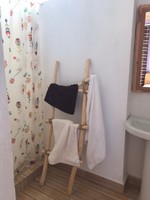 Our final destination of the day was Dilijian, stopping at Noraduz cemetery and Sevanank Monastery en route. The road skirts Lake Sevan so that water is in sight for most of the way. The changes in colour depends on the light and weather. Today it was almost a jade colour with azure ripples. The lake is one of the largest high altitude freshwater lakes in the world. It covers 940 sq km and is 80 km long. It used to be 20 m higher level than it is now and would be a lot smaller if Stalin had managed to get his way.

The lake has a healthy freshwater fish population. As you drive along, people stand with their arms outstretched indicating that they have massive fish for sale, whilst in reality they are just average dimensions.

Noraduz cemetery is full of hundreds of carved memorial stones. Some are upright carved with crosses whilst others are at a low level depicting more day to day life and objects. The latter are my favourite ones but as many are very old dating back to medieval times, they aren’t very distinct and quite hard to photograph. The old ladies who had tried to sell socks to us on previous visits seem to have retired now to sit gossiping among the stones whilst a younger generation of women ply their trade. 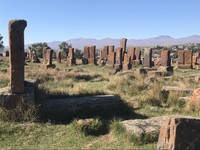 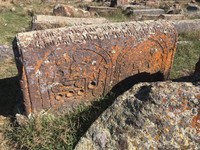 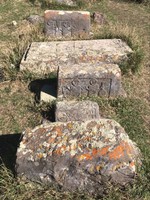 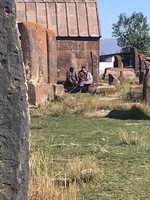 Further along the lake is Sevanank Monastery which used to be completely surrounded by water when the lake was at it’s original higher level. Like everywhere else, the site is far more touristy. The growth in travel companies ferrying bus loads of people to the different places has changed the character of each place. It’s great that Armenia is attracting international tourists but I think there are downsides to it as it can be quite overwhelming. 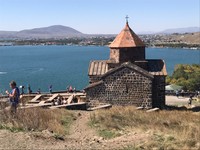 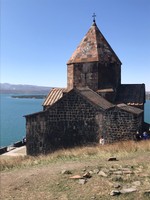 As I hadn’t had my recommended daily dose of coffee yet, I stopped at the Ashot Yerkat restaurant for coffee and baklava. 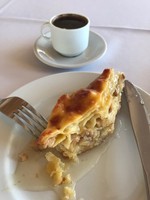 From one terrain to another

This was the first time that I’d travelled to Dilijian from Sevan, each time I’ve done it the other way round. There’s a tunnel that acts almost like a portal. On the Sevan side there are no trees but on the other side of the tunnel it’s a lush, forested area. I think the difference is more dramatic going from Dilijian to Sevan. Once through the tunnel the road winds down many hair pin bends with people selling corn on the cob at nearly every bend. Apparently, unlike other foodstuffs sold at the roadside, corn isn’t grown locally.

We stopped so that I could get lunch in Old Dilijian. They have restored several of the old buildings which now house artists and small shops. There was a group of English people on a tour wandering about so I had a chat with them, having not heard anyone speak English for weeks. One of the guys was having a right old moan. The women I was chatting to told me that he was a total misery guts. I suppose there’s always going to be one on every tour. They were jealous that I was a solo traveller.

I went to the restaurant of the nearby Tufenkian Hotel and had a very simple lentil kofta which was a welcome change from carb overload. All the other tables were full of tour groups. One particular group was very loud - but it wasn’t the tourists, it was the guides. It’s almost as if they’ve forgotten that they aren’t the only people in the restaurant. 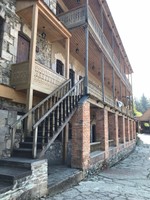 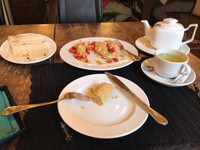 Each time I’ve stayed before it’s been at Daravand guest house overseen by the larger than life, Rasmik. However, I was booked into another guesthouse at the complete opposite end of Dilijian and quite far from the centre. As there wasn’t really anywhere to go I was happy to have a night in. Although the host, Zina, was lovely, plying me with food and drink, it wasn’t a particularly comfortable place and it got very cold in the night. There was no heating and my room was ar ground level with doors opening onto the garden. It almost felt like camping. A far cry from Rasmik’s place which is both warm and comfortable. 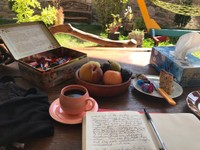