Day twenty - heading for the Cascades

I started by exploring close to the apartment. It’s within a complex of houses bordered by Mashtots, Zakyan, Khorenatsi and Grigor Lusavorich Streets. It isn’t in the heart of the tourist area so feels more local. Everything I need is within the vicinity including an excellent fruit shop two minutes away. Although I got up a bit later than planned, my first tourist destination was the Cascades, probably my favourite part of the city. On the way I found a group of statues commemorating four Armenian actors who starred in a popular comedy “The Men”. There are lots of statues in Yerevan. 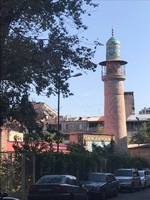 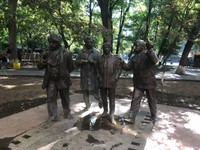 I’m not sure how many steps there are in the Cascades but it’s a long way to the top with minimal shade. The views of the city, and if you are lucky, Mount Ararat, are well worth the clamber up. Within the Cascades is the Cafesjian Centre for the Arts that houses art works from a variety of artists, mainly international. For those that can’t make it up the exterior steps to the top, there is an escalator inside that takes you most of the way up. A treasure trove of Contemporary art can be seen as you travel up the escalator and can also been seen in the gardens at the bottom. All of this is completely free but the shop and internal galleries are only open Friday to Sunday. 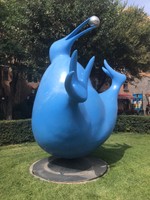 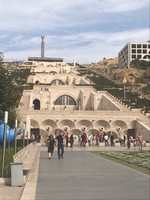 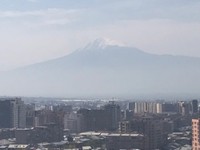 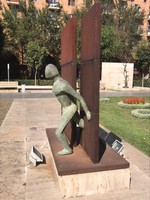 Although I’d made myself a coffee in the morning at the apartment, I needed to have another and found the Kaziriok cafe serving good coffee in the cutest cups. Next stop was lunch - I had a list of ‘go to’ places recommended by my niece Elly but today I wanted to try the Eat, Fit cafe on Aram Street. It was so on trend, it even listed the amount of calories on the menu. I had buckwheat noodles with avocado which was totally delicious, together with a cooling mint lemonade. 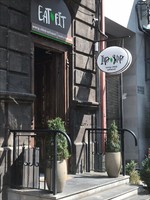 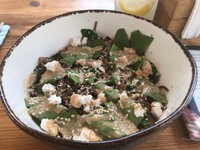 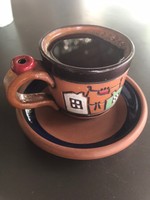 Running out of steam

I intended to try and get to the Children’s Railway via the underground tunnel at the end of Aram Street. The whole area looked pretty abandoned and one tunnel was blocked off. I decided to find out a bit more about it first before venturing any further. The nearby park had some public art - objects and statues covered in what looked like AstroTurf. 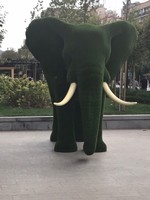 As I was still recovering from the train journey and the heat, I went for a siesta and then ventured out later to get some salads from the deli at the SAS supermarket for my evening meal. I realised that it was my third day of no alcohol so promised myself that I would get some beer or have a glass of wine at the local wine bar. But not today - a catch up on my book and more sleep were top of my to do list. As I settled down a storm that had been brewing all day, erupted with rain, thunder and lightening. Didn’t disturb me when I went to bed though.