Now in separate hotels, my friends and I organised a meet up for a last meal together at their hotel in the evening. I had a lazy start to the day. The shower here is the best so far and I also intended to use the bath as I knew this might be the last time I see one for a while! To that end, my mission was to find somewhere that sold bath bombs.

Breakfast was pretty good - the only thing lacking was fresh fruit. We had really been spoilt by the choice of food we had at Chateau Chikovani. I decided to stick around the area close to the hotel and had a wander up Rustaveli again. The previous evening I’d caught a glimpse of a pretty courtyard with seating outside. Retracing my steps I was pleased to see that it was somewhere i’d wanted to get to anyway - Prospero’s books and Caliban’s coffeehouse. Quite an oasis from the hustle and bustle of the Main Street. An appropriate place for someone who rows in a club where all the boats are named after characters in Shakespeare’s Tempest. 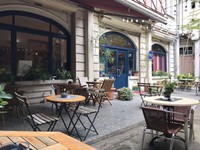 I checked out how much was left on the travel card and also got some cash. I’d hoped to pay the hotel bill by card the previous day but it kept failing so had to use cash leaving me a bit short. I braved the Galleria - a five/six story mall with cinema - as it felt like the most likely place to get a bath bomb. After trying a few shops I finally found somewhere selling them and bought one that was a rose scented. 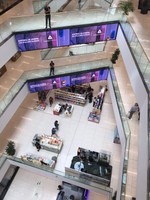 I’d found another vegan cafe called the Kiwi cafe on Ivan Machabeli Street, fairly close to Freedom Square. It was another hipster joint with friendly staff and good menu. I had spaghetti which was delicious but as per usual, a pretty large portion. I chatted to an English couple who were spending a week in Tbilisi, doing day trips to other places. They were the first English people I’d met since coming to Georgia. My visit to the toilet made me laugh as there was a Bollocks to Brexit sticker proudly displayed on the wall. 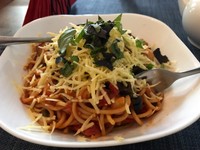 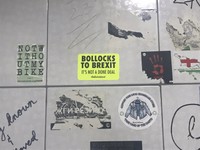 Next stop was the National Museum of Georgia. I’m not a big museum fan but thought it would be good to have one cultural experience in the city. It cost 15 lari which seems to be the standard entry fee. The best bit for me was the treasury. The jewellery was absolutely gorgeous. It always amazes me at how intricate and beautifully made these artefacts are and so well preserved considering they were made in the 1st - 3rd centuries. The saddest part was the exhibition about Russian occupation. A huge amount of people were shot by the Russians including the clergy, judges, intellectuals and artists. It made me aware of a tragedy that I know very little about and that more recent troubles in 2008 has made relations with Russia strained as they currently occupy 20% of Georgian land at Abkhazia and South Ossetia. This is what I think the protests outside parliament are about. 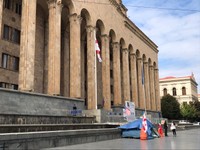 I thoroughly enjoyed my bath with rose scented bath bomb. I got ready to go out and planned my walk there carefully to avoid being in a situation where I wouldn’t be able to cross. The route took me past the dry bridge market, over the bridge and then up Tolstoy Street. From there it was pretty straightforward. It seems that the roads to avoid are those that are close to the river as there isn’t a hope in hell of getting over them.

The menu at the hotel was predominately meat dishes but I managed to find enough of the smaller dishes to make a good meal including green cilantro soup which was very good. The was also about the presentation. Also, after quite a performance about the wine choice, overseen by a very young and knowledgeable sommelier, we discovered that it’s de rigeur to have your wine poured for our. It also has to be served from a decanter. Who knew? I also had my last glass of chacha. 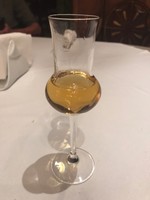 Nick and Lindsay walked part of the way back with me but once at the river bridge it was almost in a straight line as the crow flies to get to the hotel. Parks are busy in the evening and so it hasn’t felt unsafe to walk around at night-time. It would be great if women could feel as safe in the UK as I’ve felt here in Georgia.